“The Thrill is Gone!” 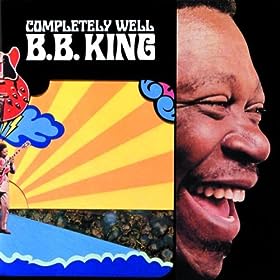 It seems like we are in the midst of a serious attitude change (for the better I think) in the Christian Hip Hop community.  It feels as if the Legalistic Era (I’ll explain that in a minute) is moving on and the genre is transforming into something with more variety of thought and style is upon us. The legalistic era was brought on by the much needed success of labels like Cross Movement, Lamp Mode and Reach Records. These leaders of the pack were being imitated by the dozens but it was a bittersweet occurrence for us consumers. It’s good in the “Paul to Timothy” aspect of solid biblical teaching being passed down to the next generation through song, but the duplication of their sonic approaches and topics flooded the market. As a consumer, it left me buying what I called the “real thing” versus a knockoff version. What I mean by that is I’d purchase a Lacrae album, but not the easily spotted knock off, Emcee “Mr. Just-like-them but I’m cheaper to book.”  I believed the entire industry suffered (and sales were poor) because of over-emulation of artists and poor quality that was (and still is) in abundance in our genre.

What Has Worked in the Past.

The Super group approach has been successful in Christian Hip Hop in the past.  Organizations like The Yunion, Tunnel Rats, Reach Records, Syntax and Cross Movement etc. have used this model. But if you’ve noticed, no one to date has duplicated this model successfully since Reach Records, where I believe this method has ceased for a season. In my opinion, this model has to be used with extreme caution so that the identity of individual artists is not overshadowed by the group brand and, if the brand fails, the associated artists fail too. To illustrate the risk involved with this model we’ll have to travel back in time to the mid to late 90’s to No Limit Records. If you’re familiar with secular hip hop mogul Master P, then you can see how the large roster of the same type of artist is short-lived and hard to recover from once it’s ended, except for the owners of the labels of course. The perception of the artist is tainted.  It’s like he’s viewed as Cross Colors Clothing when Karl Kani took off. Cross Movement Records took the super group approach and at that time it was very popular.  They entered the game in the Wu-Tang error of the mid 90’s and their impact was so great that many inside Christian hip hop culture felt if you were NOT doing it like them or those affiliated with them, then you were not doing it right, thus The Legalistic Era began. No fault to Reach or The Movement, it’s just whoever attracts the most eyes creates the most imitators. But music trends change like fashion and I’m curious of where this genre is going next.

Speaking of Reach Records, Lecrae and the boys are doing well but are NOT susceptible to playing out after this round if they choose not to diversify their appeal (we know God is sovereign). Diversifying your appeal…Why is that important? Because it answers the question, “I know you’re a Christian emcee but why should I buy your album over another’s?” (Funds are limited these days?) If you don’t want to diversify your appeal, then you’ll have to work extra hard at letting your fans connect to you in a more intimate fashion. What’s the difference between you and another Christian emcee asking for the same $10.00 for the same reason? To their defense, their recent YouTube commercials for the Don’t Waste Your Life Tour give you a glimpse of a different side of these artists (Sho Barack keeping his signature hat on in their first commercial was hilarious).  This is most definitely a step in the right direction. The latest one I viewed was very funny which spoofed a popular secular hip hop battle which ended in an altercation after the emcee said “Oh you think I’m stylin’ on you…’” Brilliantly executed gentlemen.

It is these extra steps that help build rapport between the artist and fan, which separates the amateurs from the professionals. Your fans want to know more about you!

This is where I believe organizations like Cross Movement and the Yunion suffered; no one was able to always see a different side of the artists on their roster until late (example: The John Wells videos). Their weighty content often left an impression that they were not approachable. They also chose to limit their collaborations outside of their “immediate family,” which had its pros and cons. The pro is that their brand is preserved and their over arching theme is not lost.  The con was that their crew was sometimes perceived as haters (which they’re not). I’ve had the pleasure of having dinner with most of the biggest names in Christian Hip Hop and I’ve never gotten a “Hater-Vibe” from any of them.  It’s their entourages and managers which can, in my opinion,  bring the drama.

I will stress the need for diversity. I feel our presentations are at a professional level now. Now we need to embrace diversity in the body. The alternative rock bands need to mix it up more with the Christian hip hop heads. The Christian hip hop heads need to mix it up more with the R&P artist but, more importantly, we need to start clarifying what it means to, “Do things in excellence.” Let’s move away from being ashamed of desiring to make a hit record. Glorifying God in it at this point should be a given. I believe one thing that was not being stressed enough is making a good record that will at least be respected among your peers. Recently K-Drama has demonstrated this, D-Maub has demonstrated this, the Frontlynaz have demonstrated this and my favorite Christian Hip Hop Podcast The DJ WADE-O RADIO SHOW has most definitely demonstrated this.

There is the other aspect that very few in Christian Hip Hop like to go into depth about but there is a business side to this genre. I’ve been “privileged” (I use that word carefully) to see a lot. I’ve seen youth pastors paid by record companies to bring their artist in. I’ve seen record companies attempt to blackball other artists disguised as theological differences and we’ve all seen a slew of sub par artists get a pass just because they’re a professing Christianity. How can we increase sales for the genre that appears to be lacking an abundance of good talent? How can we evolve as a genre? Do we all get a special pass because we’re Christians?

So what’s your answer to all this Doubting Thomas?

We need 1 or 2 top of the line print magazines that only print stories about the premier Christian Hip Hop artists (we would have to share some of this space with other genres in the beginning R & P etc.) and would suggest only small segments for new artist spotlights (this will add value to the online spots like Holy Culture Radio). We have 106 and Gospel as a start in television. (Did you catch Ambassador or Canton Jones?) In closing we need to support and put more money behind our existing Christian Hip Hop annual events such as Flavor Fest, Holy Hip Hop Music Awards, etc. ALWAYS SEEK SPONSORSHIP FIRST! (Check how Syntax is doing it with their 2nd annual Peanut Butter and Jelly pajama jam – just kidding about that pajama part.  But do you see the sponsorship? Good Job guys.)

FYI Just because you say you’re humble doesn’t mean I’ll buy your CD. You better desire to make good music too. You can be as humble as the Lord allows but if your music is considered “Universal Garbage,” it won’t fly off the shelf because you keep telling us how humble you are.