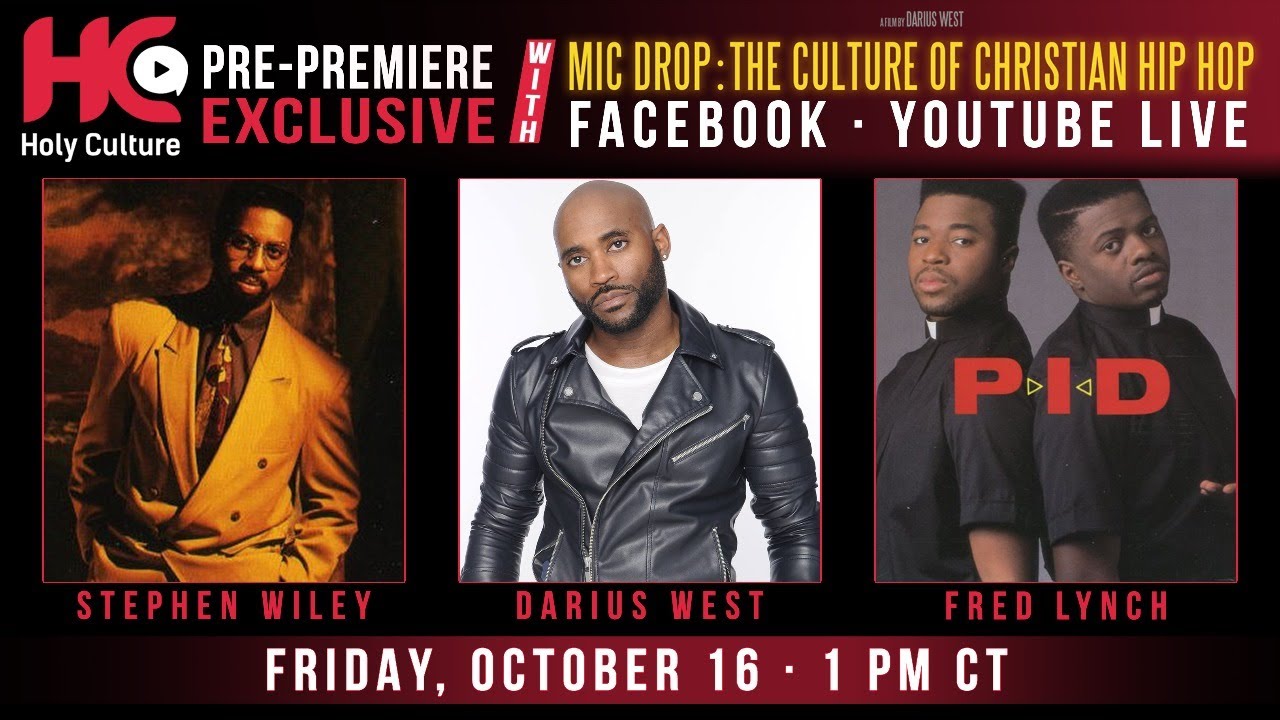 “MIC DROP” chronicles the culture and journey of Christian Hip Hop from its inception to its present-day millennial influence that has caught fire once-again as a “grassroots movement” among indie artists and fans all over the world. Join the creators as they share their heart, their journey, and answer many of the questions that are being asked.

Join us for the conversation! 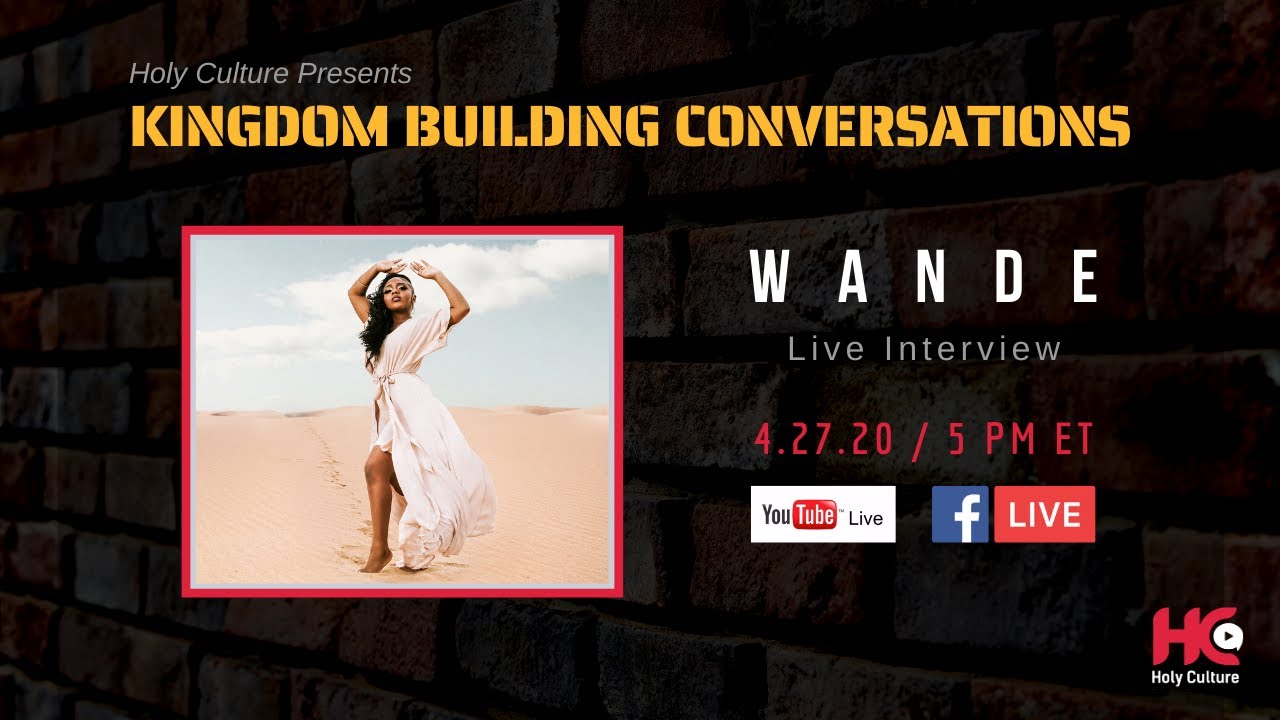 Dubbed as a top Christian hip-hop rapper to know in 2019 by USA Today, Wande is set to have her biggest year yet! With her unique flow, infectious personality, and strong work ethic; The Nigerian born and Texas raised lyricist, singer, dancer, and dynamic performer continues to chart her course as the first woman emcee signed to Lecrae owned Reach Records.

After an eventful 2019 filled with events such as having her music appear on TV programming with ESPN, BET, and VH1; and touring nationally with labelmates Lecrae, Andy Mineo, and more, her highly anticipated EP Exit was released on April 24th, 2020.

When announcing the EP, Wande also announced her major theme for the record stating, "Every exit is an entrance”, alluding to a message of hope to encourage young Christians to endure the journey of faith.

Join us for the conversation! 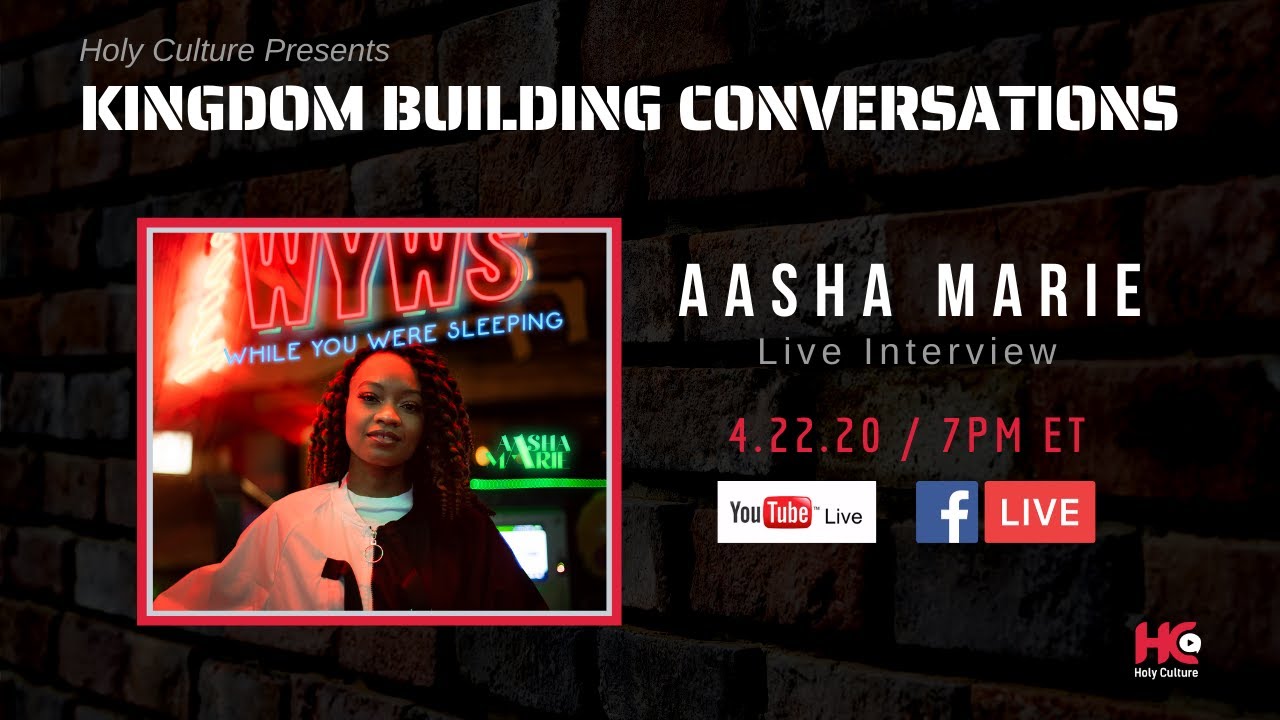 Aasha Marie is focused and ready to help the world realize that Christ is everyone’s hope, serving diligently through Hip-Hop and Outreach.  Her lyricism is outright and consuming, leaving no doubt that her music will leave a mark on Hip Hop and inspire spiritual awakening.

WYWS stands for While You Were Sleeping, “written out of my anguish over gang/gun violence in Chicago. In the age of ‘Woke’, there are many who are still asleep.”  The title song addresses two camps: the gang member enthralled in Chicago violence, asleep to his own mortality and eternal destination and the church: God’s revelation of Christ to a dying world by way of gospel proclamation.  (Matthew 28:19-20 / Ephesians 5:13-14) 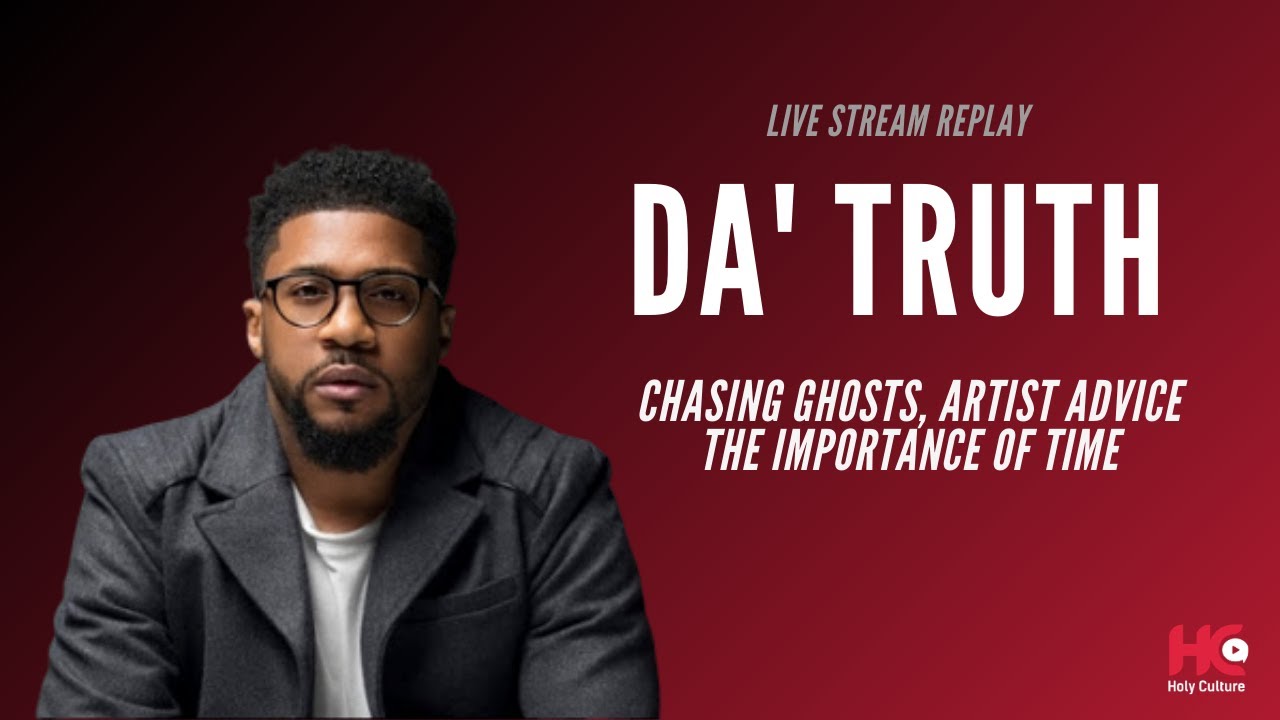 During this interview, he shares his journey, "stumbling on to hip-hop" and how the Cross Movement paved the way for him, how he met and built with Kirk Franklin as well as some of the key lessons he has learned in the intersection of faith, music, and business. He expounds on the importance of God's seasons and what we do with our time within them, and he shares his hope for all of us during this season. To his surprise (I think!), we even revisit the "Golden Years" for a moment! Enjoy this special time and insights from the #vet, an elder statesman in the CHH community.

The title of his 2018 EP, The Vet, speaks volumes as Da’ T.R.U.T.H. is an elder musical statesman within the genre.  Beyond his numerous albums, awards, and accolades is his continued growth, that he shares in a most transparent way ... redefining his artistic priorities, pressing into more ministry and inviting the culture to have a deeper dialogue.

Born in Philadelphia in 1977, Da' T.R.U.T.H. was first known as Emanuel Lee Lambert, Jr. His early life included both an awakening to the Christian faith as well as music, and he played drums throughout his teens. He went to school at various religious universities and upon graduating slowly began building a music career with his original rap compositions, beginning in 2003 with a string of releases on Cross Movement Records.

The label released the first Da' T.R.U.T.H. material in the form of the EP, Who Is the Truth. A year later, his debut album, Moment of Truth, appeared, with The Faith following in 2005. The latter won the Stellar Award of Rap/Hip-Hop Gospel CD of the Year in 2007. That same year his Open Book album arrived, winning its own Stellar Award and a Grammy nomination in 2008. Truth in advertising, his ambitious effort The Big Picture landed in 2009 with a guest appearance from Kirk Franklin. It climbed to number two on Billboard's Gospel Albums Chart, as would his 2011 effort, The Whole Truth, along with 2013's Love Hope War. Featuring guest appearances from Lecrae, Papa San, and Tedashii, 2014's Heartbeat was his fourth album in a row to "suffer" this second-place fate. The autobiographical It's Complicated followed in 2016 and with crossover appeal, as it reached number 11 on the Top Rap Albums chart.